Normalized outputs seem to be really helpful in stabilizing the training process. That’s the main reason behind the popularity of BatchNormalization. SELU is a way to output the normalized activations to the next layer.

The overall function is really simple:

SNLI dataset is a collection of 570k english sentence pairs. The task is to classify each pair as either:

I am using a simple Bag of words model written in keras. The following python snippet describes the major components. This code is taken from Stephen Merity’s repo here.

Code for this excercise is available in this repo. 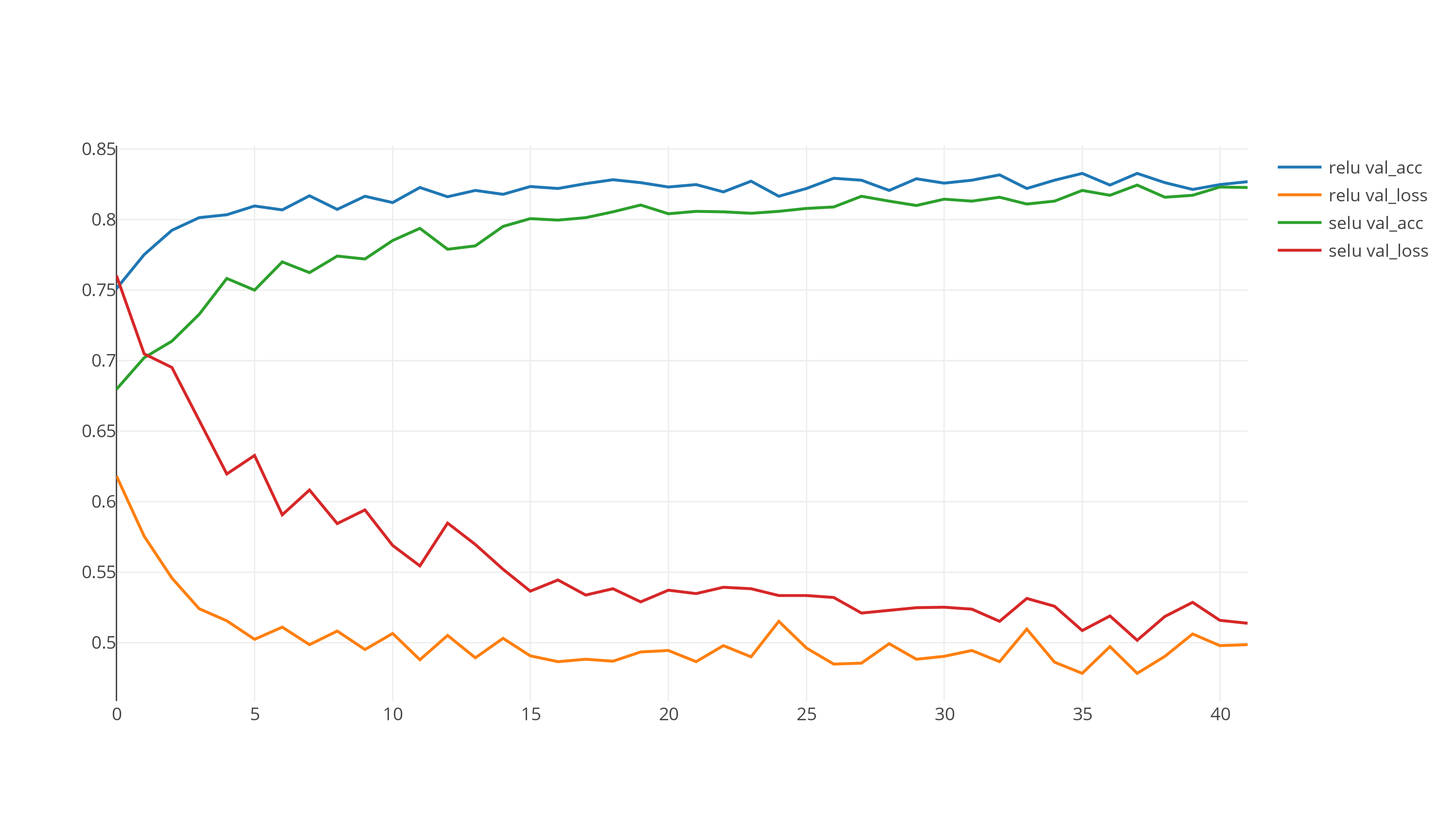 RELU is clearly converging much faster than SELU. My first was to remove the BatchNormalization and do the same comparison. The following graph shows the comparison after removing the BatchNorm components. 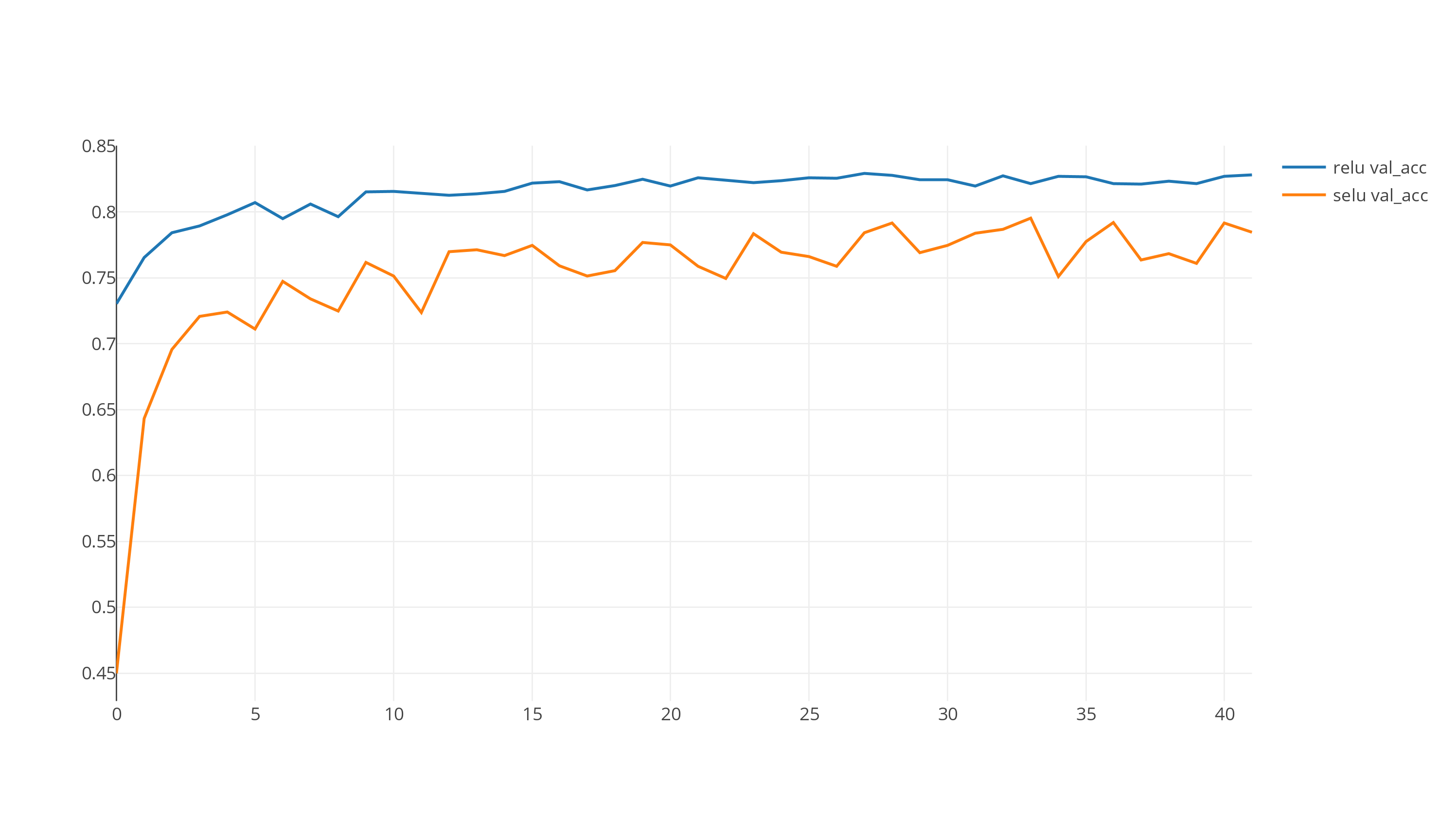 Still, RELU seems to be doing a much better job than SELU for the default configuration.

This behavior remains more or less the same after iterating through hyperparameters. The following graph is for one of the hyperparameter configurations. 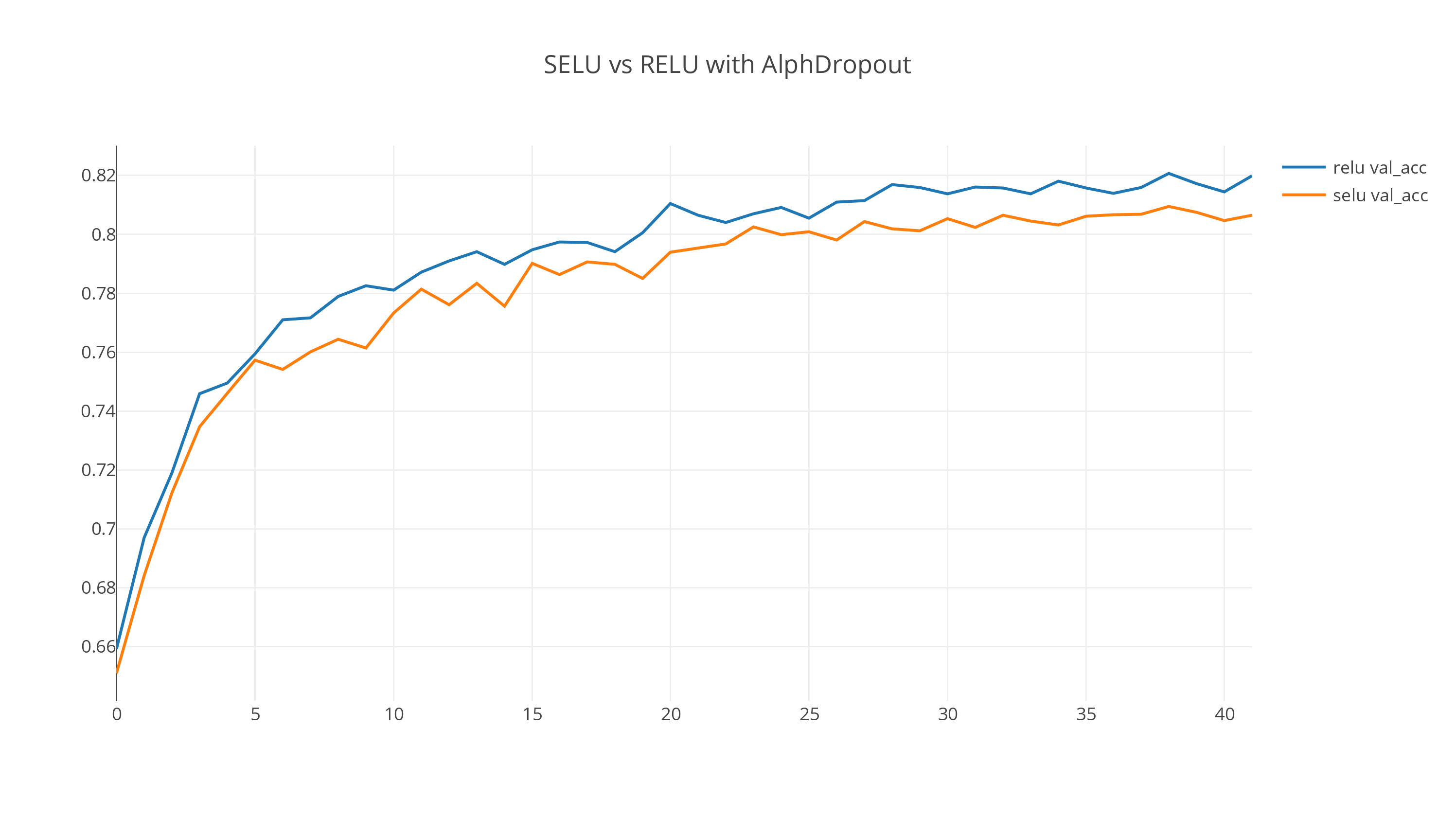 (Edit: I incorporated the suggestion from Dan Ofer below and included the graph with AlphaDropout.)

To be fair, it is still possible that SELU is better in some configurations. Some of the possible reasons are listed below. However, it is clear to me that simply replacing RELU with SELU isn’t going to improve your existing models.

Additionally, SELU is a bit more computationally expensive than RELU. On a g2.2xlarge EC2 instance, RELU model took about 49 seconds to complete an epoch, while SELU model took 65 seconds to do the same (33% more).